On the afternoon of January 21, 2014, citizens from different parts of the country gathered in front of the Beijing No. 1 Intermediate People's Court and Beijing Haidian District People's Court holding banners in support of Xu Zhiyong, Ding Jiaxi, and other rights defenders who are facing trial this week. 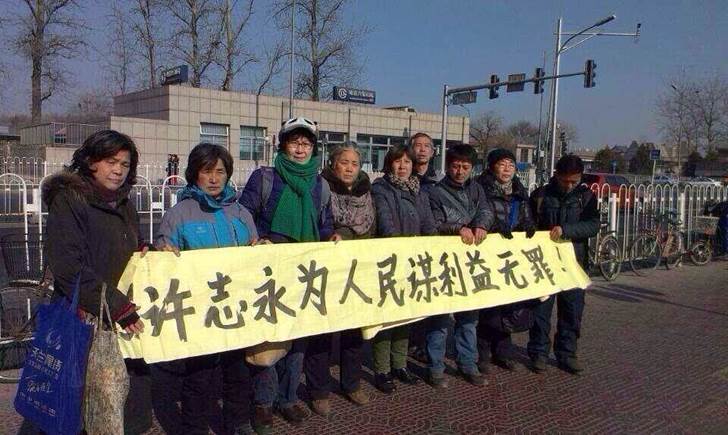 Banner: “Xu Zhiyong works for the benefit of the people—not guilty” 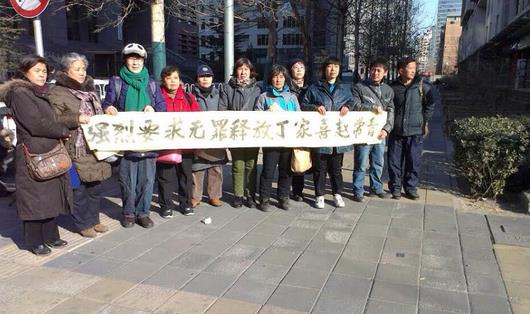 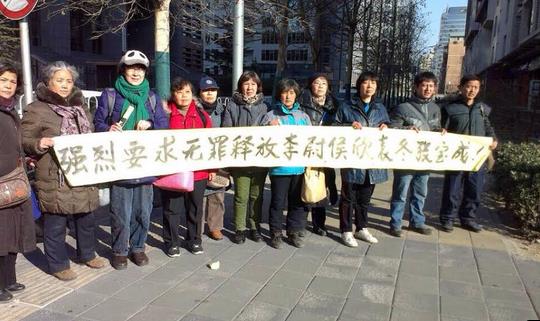