The EU’s Human Rights Dialogue with China: Quiet Diplomacy and its Limits – A Book Review by Sophie Richardson

It’s been a quarter of a century since the 1989 Tiananmen Massacre in China, one of the events that spurred governments around the world into putting human rights on their foreign policy agendas. And since that time, diplomats, activists, scholars, and others have debated the best ways to support respect for human rights in China, especially in light of the government’s extraordinary intransigence on this issue, now reinforced by the country’s growing international influence and economic might. In the 1990s, the standard diplomatic tools included linking trade with human rights progress, pressuring Beijing to release individuals from jail and sometimes into exile, adopting resolutions criticizing China’s record at United Nations fora, and trying to engage Chinese officials in more systematic discussions about human rights.

But over the next decades, as the Chinese government’s power and ability to threaten economic and diplomatic reprisals grew exponentially, more governments made the case for raising such issues primarily or exclusively behind closed doors. About a dozen governments, ranging from the European Union (EU) and United States to Japan and Chile, have pursued bilateral human rights dialogues: semi-structured, once- or twice-yearly discussions between government officials, academics, and sometimes non-governmental organizations from China and from the other country in question. Some governments publicly report on their dialogues with China, others pursue them so quietly that some senior officials in their own governments don’t know they exist. Few coordinate them well with others in their own government pursuing closer ties with China. But those who appear to enjoy some positive change as a result of their dialogues share the belief that there should be a concerted effort to ensure that the dialogues are not the only occasion on which human rights concerns are raised.

Katrin Kinzelbach’s excellent new book, The EU’s Human Rights Dialogue with China: Quiet Diplomacy and its Limits, provides ample evidence that an approach of primarily “quiet diplomacy” has done little to positively influence the human rights environment in China, and her analysis could well be extended to a number of other governments. In Kinzelbach’s view, not only has the EU approach failed to produce the intended results, it has also managed to produce precisely the wrong effect: “Over the years, [Chinese officials] had become human rights dialogue professionals. . . . [T]he regular confidential talks behind closed doors had served as intensive training for a small number of Chinese officials on how to engage with—and effectively counter—human rights related inquiries, criticism and recommendations.”[1]

Kinzelbach’s book traces the origins of the EU’s human rights dialogue with China in 1995 through its 2010 rounds, based on interviews and extraordinary archival research, including hard-to-access internal memos. One of its greatest contributions is simply making available information about EU decisions regarding the China dialogue, much of which has been inexplicably off-limits even to people who have participated in these exercises. Piecing together the administrative, diplomatic, and political track record of this initiative across more than two dozen member states, rotating presidencies, and changing institutions has been no small task.

Kinzelbach documents the EU’s shift from confrontation, such as resolutions at the former United Nations Human Rights Commission, to engagement through “regular confidential talks”[2] as the larger bilateral relationship between the EU and China undergoes enormous economic and political changes. Throughout the book, Kinzelbach revisits the issue of what each side wished to get out of the dialogue, demonstrating increasing gulfs in expectations, and concludes that, “. . . after almost twenty years of regular talks, European and Chinese participants continue to disagree on principles, facts and process.”[3]

Why is this? Kinzelbach suggests two broad problems. The first is well-known: that the byzantine and ever-changing mechanisms of the EU itself frustrate its ability to resist Chinese government efforts to render the dialogues meaningless. She recounts substantively different positions offered up on key issues at the same time by the EU presidency and the head of a delegation; by the EU itself and member states; by officials in Brussels and by officials in Beijing. The EU’s inability to generate coherent positions, maintain continuity, learn from its mistakes, or be creative and agile is staggering; that the dialogue has proved “politically sustainable”[4] demonstrates just how little the EU actually anticipates having to account for its palpable lack of progress.

Second, Kinzelbach notes the EU’s chronic tendency to underestimate the bad faith in which the Chinese government engaged in the dialogues, and to overestimate the possibilities for progress. For example, she describes a period in 2007 in which EU officials internally justified their approach by citing Chinese government claims that the number of executions had decreased significantly, suggesting that an EU focus on this topic in dialogues had helped. Yet no one bothered to question whether the claims had merit, or examine whether there really was a relationship between the decrease and the dialogues. Similarly, EU officials continued to agree to progressively greater restrictions imposed by their Chinese counterparts on the dialogues, including visiting arbitrary detention facilities they already knew to be Potemkin villages, and allowing Chinese officials to dictate which individuals the EU could invite to participate in its seminars attached to the dialogues.

In a provocative closing proposal, Kinzelbach suggests that in light of the flaccid dialogues, the only useful tool available to the EU is the arms embargo imposed on China in the wake of Tiananmen. Individual member states periodically float the idea of lifting the embargo, but doing so requires a unanimous vote by all member states, making it an unlikely prospect. Kinzelbach proposes that the EU offer to lift the embargo “. . . once Chinese leaders agree to re-assess the Tiananmen massacre, once they allow an independent investigation, and once they stop censuring public memory.”[5]  Yet to ensure those results—and give up such a powerful tool, even if it is only powerful symbolically—would require all that Kinzelbach has demonstrated the EU has considerable trouble mustering: courage, persistence, and a broad desire to support change with respect to ongoing, grave human rights abuses inside China. 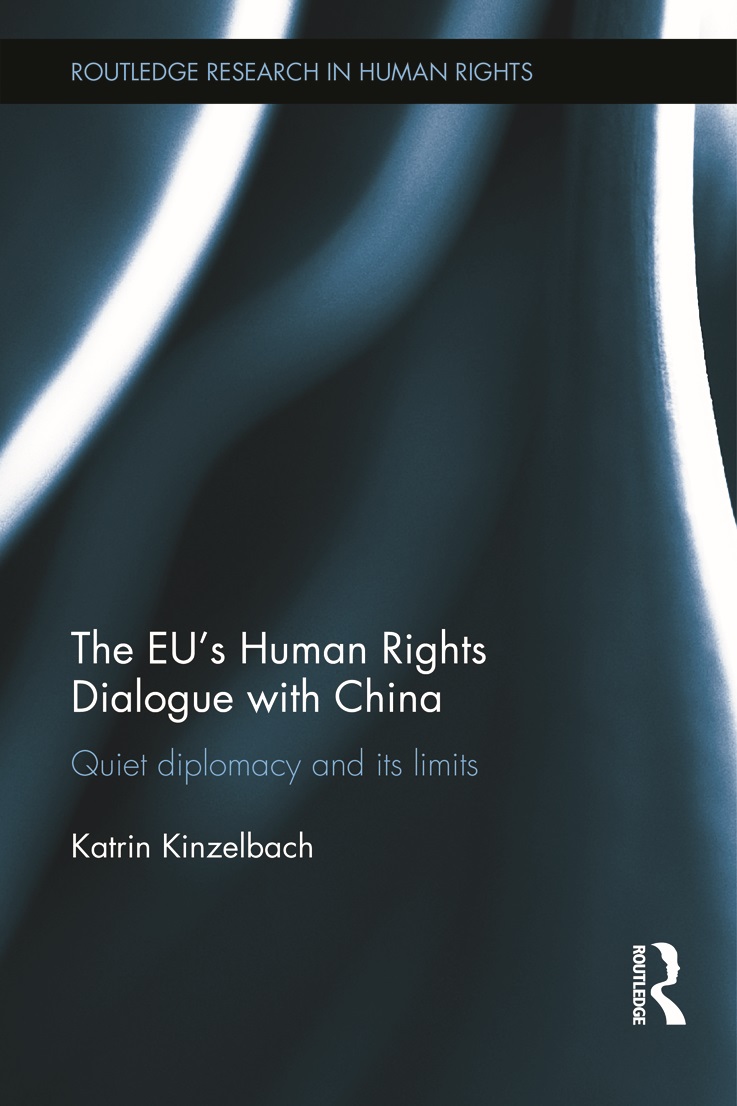 Sophie Richardson is the China director at Human Rights Watch. Dr. Richardson is the author of numerous articles on domestic Chinese political reform, democratization, and human rights in Cambodia, China, Hong Kong, and the Philippines.